Celebrating Juneteeth and what it means 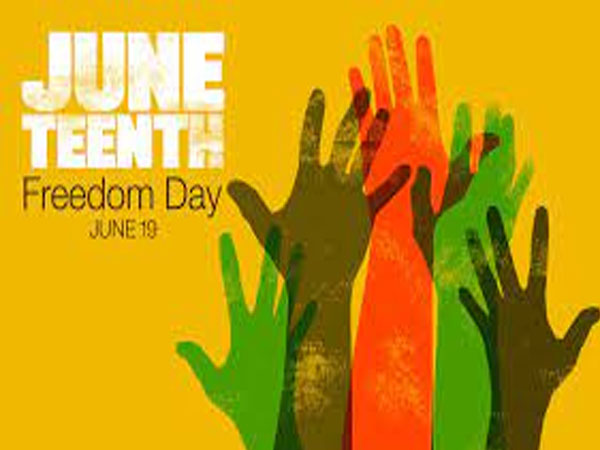 Juneteenth commemorates June 19, 1865, the date on which enslaved people in Galveston, Texas, finally received the news they were free. This was two years after President Abraham Lincoln’s Emancipation Proclamation, one year after the Senate passed the 13th Amendment, abolishing slavery, on April 18, 1864, and six months after it was passed by the House on January 31, 1865.

The history of Black experiences in the U.S. is “justice delayed” and, all too often, “justice denied.” This is not a Black problem. It is an American problem. Consider the events of the last few years, including a global pandemic that is disproportionately impacting Black and Brown communities, a righteous reckoning over policing and its relationship to anti-Black violence, and the toppling and removal of anti-Black monuments from public spaces. These turbulent times serve as a resounding affirmation that the work for equity and inclusions remain as urgent now as it ever has been.

Africatown Juneteenth Celebration 2022  LIKE  ADD TO A LIST
Singer/songwriter/producer Eric Bellinger—who has worked with the likes of Usher, Trey Songz, and Justin Bieber—and local favorite Parisalexa will headline Africatown’s major Juneteenth festival on Sunday, which will also feature African drumming, a “360 photo booth,” and a kids’ area. Beforehand, there will also be a Second Line-style parade  LIKE  ADD TO A LIST from Madison to Massachusetts on 23rd Ave, featuring dance and drill teams, skate groups, and more.
(Jimi Hendrix Park, Central District, free)

Black Stax  LIKE  ADD TO A LIST
Black Stax are a performance group with the mission “to honor the legacy of Black Arts & Culture by ‘stacking’ all forms of Black music & art.” The trio is known for an eclectic sound that blends jazz and ’70s soul as well as their captivating live shows.
(12th Avenue Arts, Capitol Hill, $24)