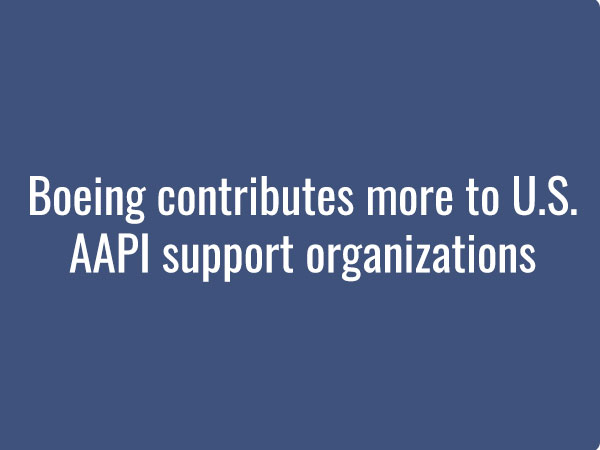 In observance of the Asian American and Pacific Islander (AAPI) Heritage Month in the United States, Boeing is donating 1.1 million U.S. dollars to organizations working to combat racial hate and promote justice across the United States, the company said in an announcement.

The donation also aims to advance appreciation for AAPI history and culture, and fund community service projects and leadership development programs in communities, according to the announcement released on Wednesday.

“At Boeing, we know that being a truly equitable, diverse and inclusive company requires a commitment to our team members here at the company and in the communities where our employees and partners live and work,” said Tim Keating, Boeing’s executive vice president of government operations.

“These investments build on Boeing’s longstanding commitment to supporting those in underserved and marginalized communities and recognizes the challenging issues currently being faced by the Asian American and Pacific Islander community,” he added.